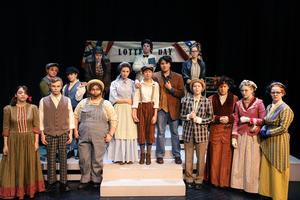 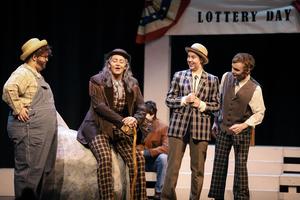 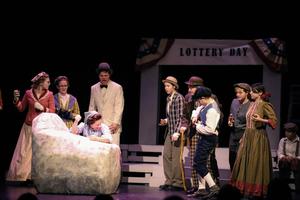 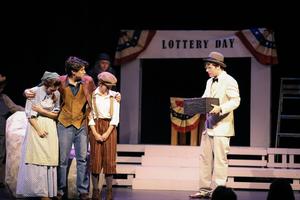 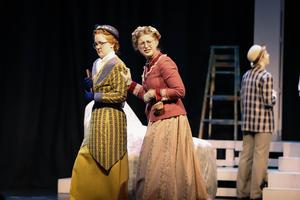 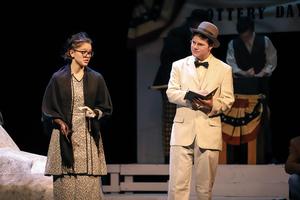 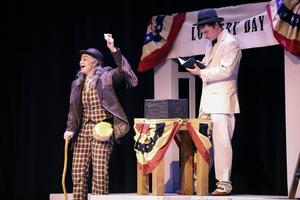 During the previous two weekends, the Concordia Players performed their One Act Play, “The Lottery,” both at the district competition and at home performances. “The Lottery” is based on the short story by Shirley Jackson and dramatized by Brainerd Duffield and explores the relationship between civilization and violence.

“The morning of June 27th was clear and sunny, with the fresh warmth of a full-summer day; the flowers were blossoming profusely and the grass was richly green. The people of the village began to gather in the square, between the post office and the bank, around ten o’clock; in some towns there were so many people that the lottery took two days and had to be started on June 26th, but in this village, where there were only about three hundred people, the whole lottery took only about two hours, so it could begin at ten o’clock in the morning and still be through in time to allow the villagers to get home for noon dinner.”   -Text from Shirley Jackson’s “The Lottery” as Published in the print edition of the June 26, 1948, issue of The New Yorker

Making a lasting impact with their performance, several of the actors were honored with district awards. Kaedn Rhys M. (Miss Besson), Caleb T. (Joe Summers) and Isabella M. (Martin) were named Honorable Mention for Acting, while Maddy S. (Old Man Warner) and Emma F. (Tessie) were both honored as All Star Cast! Spencer B. also received All Star Crew honors. The cast consisted of many new or younger actors, gaining much wisdom and experience and displaying potential for future Concordia plays and musicals.

Congratulations to the One Act Play cast and crew and director Mr. Justin Parks!