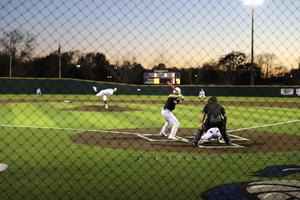 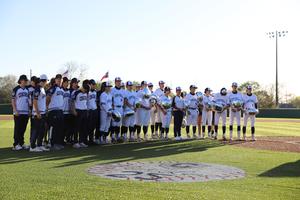 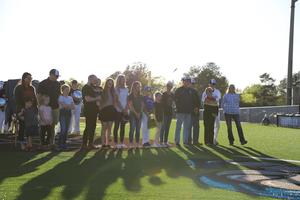 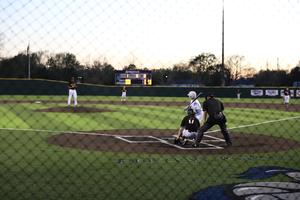 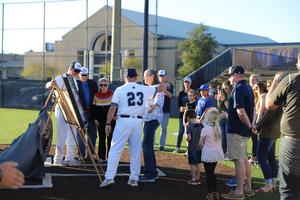 On Thursday, March 29th, Concordia honored their late Varsity Baseball Coach, Rick Lynch, who passed away in December 2020. Family members, former players, staff, community members, and friends were all on hand to support the Lynch family as Concordia honored Coach Lynch by naming the field Rick Lynch Field before the team’s first district game of the 2021 season. There was a small ceremony before the game including a balloon release before the honorary first pitches.

Since 2014, Coach Lynch’s third at Concordia, the team won the district title EVERY YEAR. Since 2014, the team reached at least the State Final Four EVERY YEAR. In 2014 the team finished as State Runner-Up, and in 2015 became State Champs.

Concordia’s Head of School, Joel Bode shared “Rick Lynch did exactly what we thought he would – He brought commitment, integrity, competitiveness, and championship character to the Concordia Baseball Program, and he put Concordia baseball on the map of high school baseball.”

On the season, the Crusaders are 15-10 Overall (6-3 District) and are strong contenders to make not only a run for the District Title but also the TAPPS 6A State Final Four.