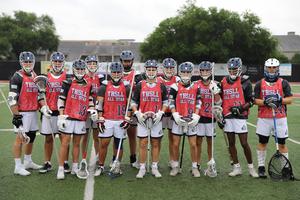 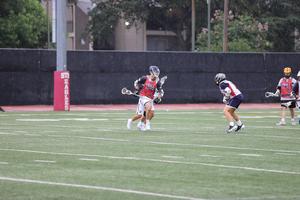 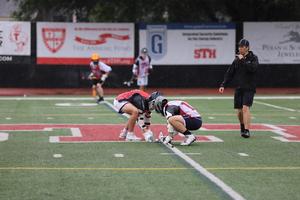 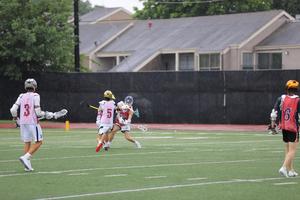 The Concordia Lacrosse program had several players honored for their work on the field as voted by the coaches in the District. This year, x6 Crusaders were recognized as All-State, x2 as All-District, x3 as Honorable Mention, and one of the Assistant Coaches, Dan Woodend, was selected as Assistant Coach of the Year. This is the first season that Concordia had any players honored as All-State. The highest honors are All-State followed by All-District, and then Honorable Mention. These honors are listed below:

At the end of the season, head coaches selected an All-Star team of THSLL Class D South District athletes and Concordia had a total of 12 athletes selected to play on the Red Team. In 2020, there was not an All-Star game due to the pandemic, but in 2019, CLHS had two players invited, and only one in 2018. This was another record for the program and all 12 players saw playing time and helped Team Red beat Team White 10-6.

In the All-Star game, four Crusaders registered in the scoring column including Midfield Owen Segura (Sr.) who finished with 2 goals and 1 assist. Midfield Philip Semple (Jr.) had 1 goal and 1 assist, while Attack Ben Smith (Sr.) and Midfield Jadon Finn (Jr.) each nabbed a goal. Goalie Jake Cook (Jr.) saw action in the 2nd quarter where he recorded 2 saves. All-State Face-Off Evan Wilson (Jr.) helped control the game by winning 5 of his 7 face-offs for the Red Team.

The Crusaders graduate 6 seniors in 2021 including three All-State honorees in Smith, Segura, and Sammy Ahmuty. Smith and Segura combined for 45 goals and 9 assists in 2021, while Ahmuty leaves as the program’s all-time leader in ground balls. Smith set a record for most goals in a season with 29 this spring and finished at No. 2 on the scoring record charts in just 15 career games. The most dominant and imposing athlete in program history, Segura leaves as the all-time leader in career points scored (50), career goals (42), and goals in a game (9) in 18 games played.

The 2021 Concordia Boys Lacrosse record at first glance may not seem stellar at 4-7 Overall (2-2 District), but it is what the team did in the postseason among other “firsts” in the program’s short history that will be remembered this spring. The Crusaders will not be sneaking up on opponents anymore as they competed well against larger public schools en route to a great postseason run.

The team finished 3rd in the Texas High School Lacrosse League (THSLL) Class D South District in the regular season. There were several highlights including the team’s 4 wins this spring were a program record and this was the first year that the program offered a JV team, which went 1-1. From 2017-2019, the school’s record had been 2-28. The last two seasons have been more competitive with the talent gap closing providing improved results. Last year’s pandemic-shortened season and this spring, Concordia was 7-11 overall.

Historically, Concordia had never made it past the first round of the playoffs in its first 4 seasons (2017-2020). This year, the Crusaders faced off against St. Pius X Catholic High School in the City Tournament Semifinals where they avenged a 9-11 loss in the regular season, and beat the Panthers 10-8 for the program’s first postseason victory. (This also was the team’s first ever victory over St. Pius who had previously held a 5-0 record over Concordia outscoring the Crusaders 61-18 in those games.)

The Crusaders advanced to the City Championship game against Emery/Weiner School where they narrowly missed out on making the State Final Four losing a back-and-forth battle, 7-9. Concordia pushed the Jaguars the entire game as the score was 6-7 heading into the 4th quarter.

One of the strengths of this year’s squad was defense and goaltending which showed in the playoffs, by holding Pius and Emery under 10 goals, when in the regular season, both those teams had scored 11 and 16 goals respectively. In the City Championship, the Jaguars historically high-powered offense (outscored CLHS 21-5 in 2020 and 16-1 in 2019) was kept at bay as the Crusaders held them to single digit goals for the first time in the series.

The team is excited to return many starters and other Varsity players and look to compete for the City Championship, THSLL State Final Four, and the first ever TAPPS Tournament title in 2022.