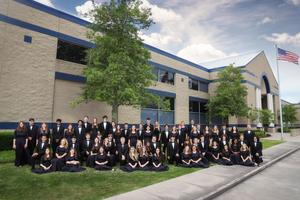 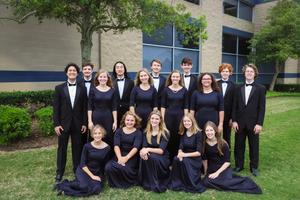 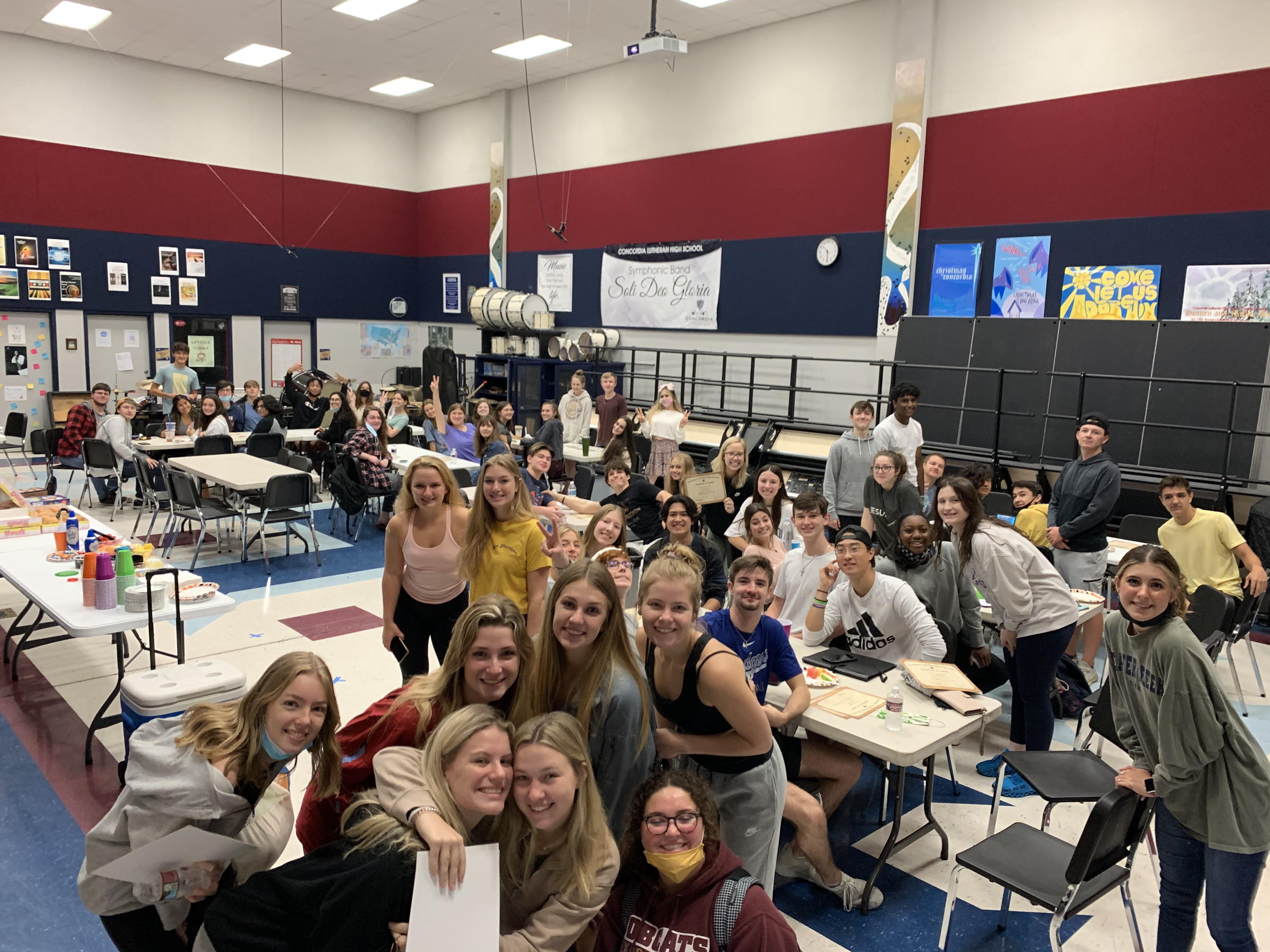 In an unconventional year of masked rehearsals and virtual competition, the CLHS Concert Choir came out at very top of the state.

This past April, TAPPS held their Vocal Music State Contest, but in a year full of challenges and changes there was one big difference from previous years – the contest would be completely virtual. Because of this, the participating schools would need to video record all of their solos and ensembles and submit them online for judging.

The CLHS Concert Choir rose to the challenge to submit quality performances. All year, rehearsals had been moved from the music room to the gym and students were spaced out over the entire bleachers while also being masked. In spite of this, the Concert Choir continued to be motivated and determined to provide its audiences with the best performances possible.

This culminated with the recording and submission of the state performances in April. The TAPPS State Vocal Contest combines both solo and ensemble performances. When it was all said and done and the judging had been finished, Concordia ended up with 24 soloists earning a Division 1 (Superior) rating on their solos (the most ever for CLHS), which was good enough for 220 points towards the overall total. The final part of the judging was the ensembles, and Concordia ended up receiving Division 1 (Superior) ratings for all 5 choirs entered – the Concert Choir, Women’s Chorale, Men’s Chorus, Chamber Choir, and Sacred 2 Ensemble. This added another 622 points, giving CLHS a final total of 842 points.

When TAPPS released the final results in the middle of May, those 842 points meant that CLHS was crowned the 6A Vocal Music State Champions!! Liberty Christian was 2nd with 466 points, and Beaumont Kelly 3rd with 249 points. This was Concordia’s first state championship since 2016, as the choir had been runner-up the past 4 years.

To listen to one of the Concert Choir's state performances, please follow this link:

Since the news was announced on the last day of regular classes, the Concert Choir ended up doing a celebratory breakfast during their scheduled finals period on Tuesday, May 25th.  It was a wonderful time of bonding, games, and some intense Mario Kart/Super Smash Bros. competition.

Through all the trials and difficulties of the past year, we are thankful that the choir had a place to rehearse safely, the opportunity to perform four in-person concerts, and the chance to be a part of the TAPPS State Contest. We are also thankful for the 17 seniors who have led this program by example, as well as all 62 choir members who have shown what hard work and resilience can do.

It was a perfect way to close out the year. We are so very proud of these students and their achievements. Praise God from Whom ALL Blessings Flow!

Below is the list of soloists earning a Division 1 rating. The asterisk (*) means that the student earned All-State Honors, which is for students who performed a Class 1 solo (the highest difficulty) and earned a 1 rating.