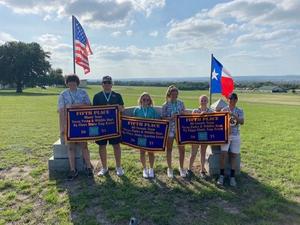 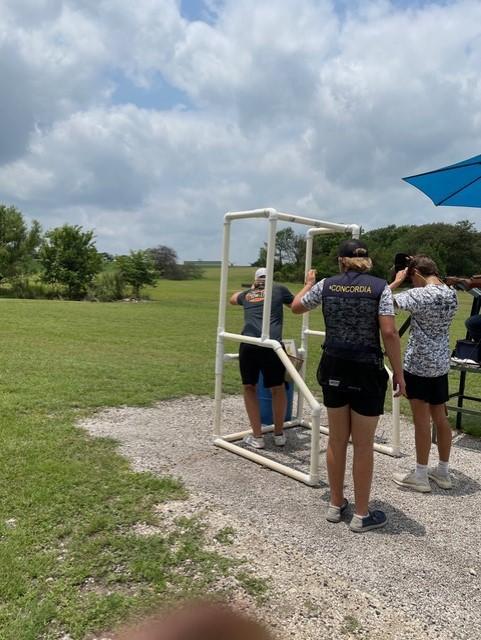 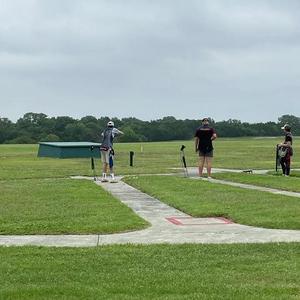 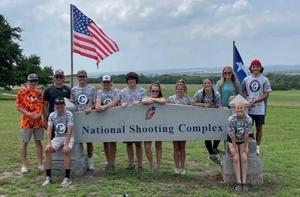 12 Members from Concordia’s Shotgun team compete in San Antonio in June 2021 at the FFA State Tournament and brought home a trio of 5th place overall team finishes and an individual 5th place.

In the 5th year of sending students to the state competition, 12 of Concordia’s 33 shotgun team members represented the school’s best collective effort to date. In each of the competitions, the top 5 teams place and earn a banner.

At state, there are two main shooting disciplines: trap and sporting clays. In both disciplines, there are three divisions - Female Team, Male Team, and Mixed Team. Teams feature 3-4 shooters, with only the top 3 shooter scores counting for the total. The best overall score for a team is 300. For the entire event, Concordia was the only private school to compete against public school FFA teams from all over Texas.

The goal of trap shooting is to hit clay targets that are traveling away from the shooter. These targets are shot in the air at varying angles using an oscillating machine known as a "house" or "bunker." In this discipline, the shooters know the target's point of origin but don't know the target's angle. Not knowing the target's angle creates an intense challenge for even the most experienced shooters. Trap shooters shoot five shots from five different points on a semi-circular field. Therefore, shooters fire a total of 25 shots per round. Shooters rotate around the semi-circle until everybody has completed five shots from each position.

Sporting clays is another popular shotgun shooting discipline. This discipline is often referred to as “golf with a shotgun” because it involves shooting on a scenic course, with no two courses alike. The target’s speed, angle, and distance vary with each station. Because of the varying terrain and random nature of the targets, this version is considered one of the most realistic bird hunting simulations.

The Ag Clays program introduces Clay Target Shooting, also known as “Ag Clays” to schools and students who participate in Wildlife, Fisheries, and Ecology Management curricula. The curriculum is taught by Ag Science teachers in conjunction with the Future Farmers of America (FFA) class instruction. The program is an extracurricular extension of the classroom time and enhances the Ecology Management portion of the curriculum. The program develops personal skills, teaches laws and ethics related to shooting, hunting, and firearm safety.

Ag Clays is introduced in the classroom, but Ag Science teachers and parent volunteers are the backbone to the program’s success. Shooting sports activities help participants practice procedures in safe firearm handling and shooting.

A variety of annual competitions are held throughout the state and extend invitations to Ag Clays participants. These competitions offer team and individual prizes, as well as cash and/or scholarships. They include, but are not limited to,