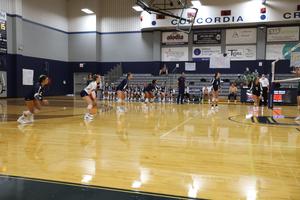 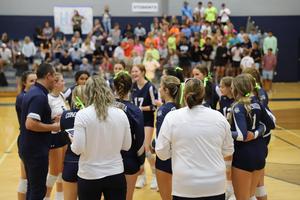 The Concordia Volleyball team is looking to advance to the TAPPS 6A State Final Four for the 8th consecutive year with State Title aspirations.

The Crusaders are off to a solid start after some early season tournaments and as of Aug. 25th, the team is 9-4 overall on the young season. This year's team, like many other squads from the last decade, has one thing in mind: State Championship.

Concordia's Volleyball team is loaded with talent this season (again) and has the talent to take the title. The team has several players already signed/committed to play in college, with many more still being actively recruited.

Since 2014, the Crusaders have reached at least the State Final Four in each season with a title in 2016 and a runner-up in 2018. Before beginning district play on Sept. 21st, Concordia will compete in two more tournaments as well as face off again several non-district opponents such as The Woodlands, Oak Ridge, and Episcopal. Good luck ladies on your season!