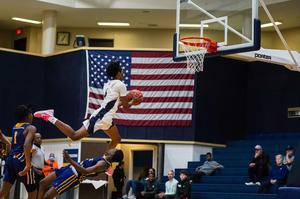 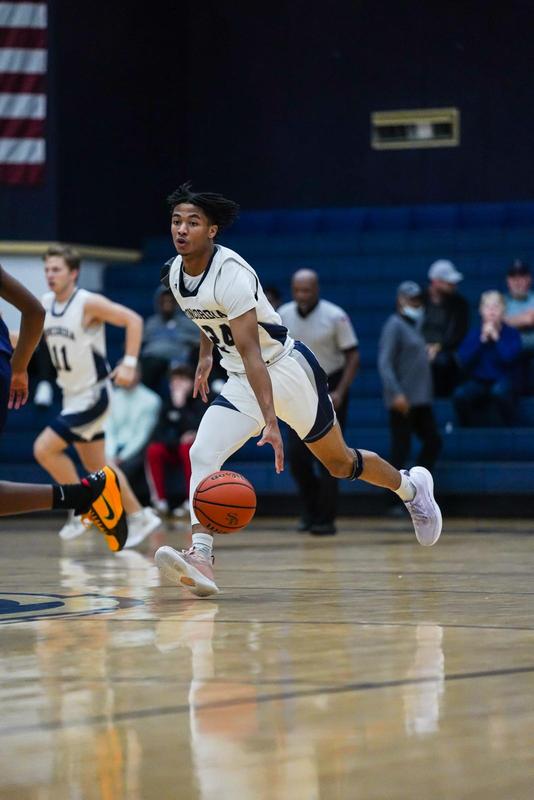 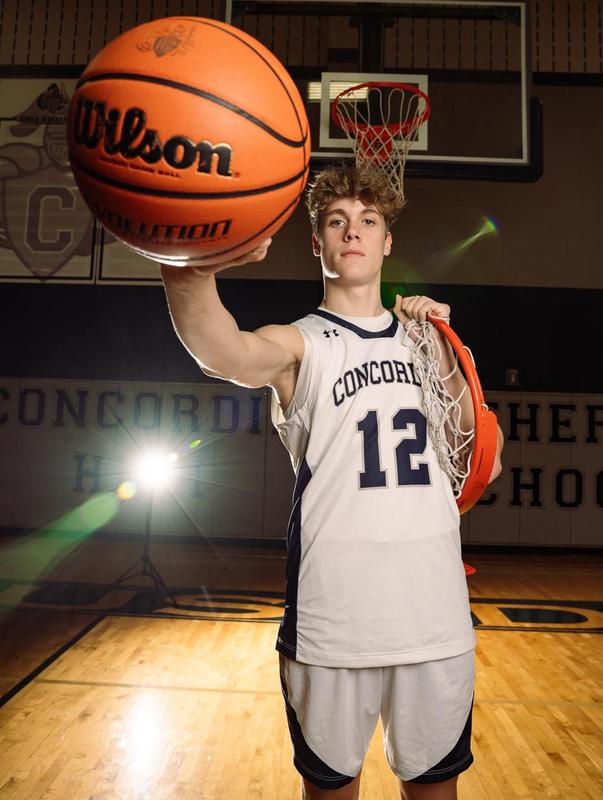 For the 1st time since 2018, Concordia’s Boys Basketball team will be in the TAPPS 6A State Championship Final after besting the top-ranked San Antonio Antonian Apaches 67-60 in the Final Four match up on Friday, March 4.

Concordia moved to 27-8 Overall on the season and will now face Plano John Paul II on Saturday, March 5, at 8:30 pm at West High School in Waco. To watch tonight's Championship game, visit https://www.tappstvnetwork.com/TAPPSTV/ and purchase access.

The Crusaders scored the first basket of the game but suddenly found themselves down 8-18 in the first 5 minutes of the game after Antonian came out shooting lights out. However, Concordia responded by closing the opening quarter with a 6-0 run over the final 3 minutes to cut the Apache lead down to four, 14-18.

The 2nd quarter featured much of the same with Antonian starting quickly and they built their largest lead of the game 29-18. Again, over the final 3 minutes of the 2nd quarter, Concordia responded and went on a 9-3 run to cut the deficit to 5 heading into halftime, 27-32.

The Crusaders came out of the break quickly and took their first lead since the opening minute halfway through the 3rd quarter when they went up 39-38. Jesse Fuller (Jr.) had one of his game high 10 blocks on the defensive end which led to Trey Miller (Sr.) dribbling over the head of his defender for a smooth fast break bucket.

Later in the 3rd quarter, Jacob Hudson (Jr.) came up with the “TAPPS block of the season” according to the announcers to close out of the quarter. The block was incredible and Lebron-like where Hudson tracked down an Apache guard on a fast break. (See the video clip at the bottom of the featured story). The Crusaders outscored Antonian 23-12 and turned a 5-point deficit into a 6-point lead, 50-44 heading into the final frame.

Four minutes into the 4th quarter, Antonian used a 9-2 run to take the lead at 53-52 but Fuller came right back down to recapture the lead 54-53 for Concordia. The game featured several jump balls, steals, and turnovers making for tension throughout like a spring ready to break. With 2 minutes left, the game was tied at 56-56 when a 3 pointer by Hudson gave the Crusaders the lead for good at 59-56.

Smooth press break and ball handling from Trey Miller (Sr.) and free throws from Hudson with 19 seconds left iced the game at 65-60. Then, with the Apaches scrambling, Hudson picked the pocket and threw down a fast break dunk with 8 seconds left to finish it off at 67-60.

The Crusaders were led by Hudson’s 23 points on 9-15 shooting and 7 rebounds. Miller filled the stat sheet with clutch mid-range jumpers and slicing drives en route to 18 points, 7 assists, 5 steals, and 4 rebounds.

Fuller had an impressive all-around game with a double-double including 10 points, 10 blocks, 6 rebounds, and 4 assists. David (DJ) Gibbons Jr. (Sr.) also finished in double figures scoring with 10 points and a game high 9 rebounds.

The State Final should be an exciting match up with two of the most athletic teams in the state of Texas hitting the hardwood. The Crusaders will need a balanced offensive effort and solid defense like they did in the Final Four.