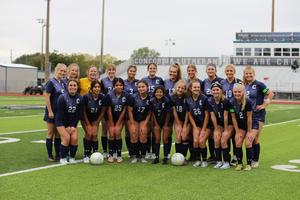 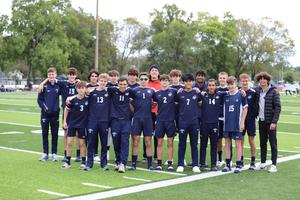 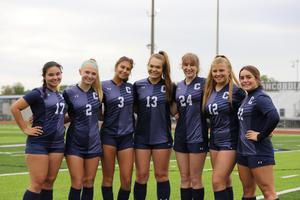 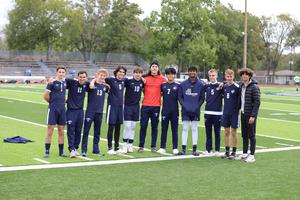 Concordia Boys and Girls Soccer teams hosted their annual Private School Soccer Showcase in the middle of November for 11 different schools from all over the state.

Poor weather conditions on Saturday concluded the tournament earlier than expected, but Friday featured 13 games across campus. Concordia is blessed with Schroeder Stadium’s turf field and three additional grass fields on South Campus, making our facility a perfect place to host a tournament of this size. The games were played with 30 minute halves instead of the normal 45 minute halves.

Both Concordia boys and girls teams had mixed results but were happy to play against some tough competition. The boys team went 1-1 with a win over The Woodlands Christian Academy, 2-1, and a tight loss to Austin St. Michael’s, 0-1. The team’s Saturday game against Awty International was cancelled due to weather.

The girls team played three games on Friday, which made for a long and exhausting day. The Lady Crusaders opened the morning with a 1-0 win over Awty International. Then, a few hours later, the team lost a close battle to Argyle Liberty Christian, 0-1. In the evening match, the team ran out of gas losing 0-5 against Katy St. John XXIII after being tied 0-0 at the half.

Next up for both teams will be a home double header inside Schroeder Stadium on Tuesday, Nov. 29th. The Lady Crusaders (2-3 Overall) will host rival St. Agnes Academy at 5 pm while the Concordia Boys Soccer team (5-2 Overall) will welcome Houston Christian at 7 pm in the second part of the double header. Concordia's Boys Soccer team has already surpassed their win total from 2021-2022 in only seven games; the team was 4-13-3 Overall last year.

To learn more about our soccer teams at Concordia, visit: