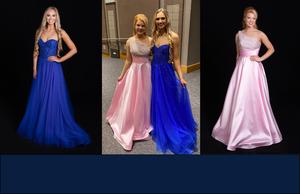 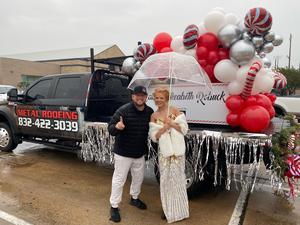 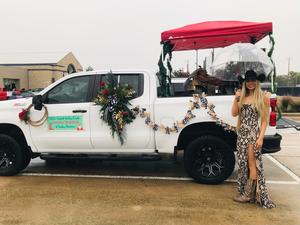 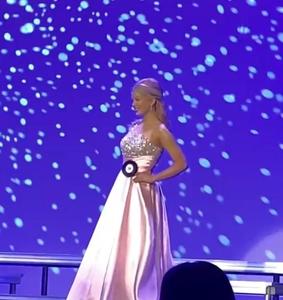 Two Concordia Cheerleaders competed in the annual Miss Tomball Pageant at the beginning of Thanksgiving Break. Presley Mondick (Sr.) and Caitlyn Robuck (Jr.) were two of the almost 40 entries in the pageant with Robuck finishing in the Top 10.

The Miss Tomball Pageant is organized every November by the Greater Tomball Area Chamber of Commerce (GTACC). GTACC is the organization that Miss Tomball officially represents as an ambassador for the upcoming calendar year. The pageant has been a staple for over five decades that highlights the beginning of the holiday season.

For the Miss Tomball 2023 Pageant this year, there were almost 40 junior and senior girls from the Tomball area that competed for the title of Miss Tomball as well as several scholarships. Many of the contestants are students at either Tomball or Tomball Memorial High Schools. There were a few contestants that were from private or home schools including two Concordia students, Presley Mondick (Sr.) and Caitlyn Robuck (Jr.).

The event included two main parts. First, each contestant had to secure a corporate sponsor to put together a float entry for them in the 2022 Tomball Holiday Parade through downtown Tomball on Saturday, Nov. 19th. The theme for the parade this year was “A Cowboy Christmas.” Presley was sponsored by Cornelius Florist NW and Caitlyn was sponsored by The Home Team Roofing.

On Saturday evening, the Miss Tomball 2023 Pageant was hosted at Tomball High School at 7 pm. During the pageant, contestants participated in a runway walk and had to be prepared to answer over 80 different questions as the judges were trying to see how the young ladies spoke publicly and how they viewed their role in shaping Tomball’s future. In each contestant’s application, they had to also share all the different ways they contribute to the Tomball area through their volunteerism and involvement.

Both Concordia young ladies were supported by fellow cheerleaders, friends, and staff of the school. Caitlyn Robuck was named a Finalist and officially finished in the Top 10 while Presley Mondick also had a solid showing but was not named to the podium.

The winner of Miss Tomball 2023 was Annelise Garrison, and the 1st runner up was Addison Collier, both members of the dance team at Tomball Memorial High School. Should Annelise be unable to perform any duties, Addison will fill in for her representing the GTACC.

Concordia has had several young ladies participate in the Miss Tomball Pageant in school history. In recent years, a few have received several honors:

Congratulations to all of the participants of the Miss Tomball 2023 Pageant. We are especially proud of our two Crusaders, Presley and Caitlyn, for the many hours and hard work they put in to participate in this great community event!